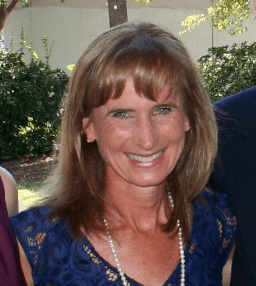 Joan started the Electrology Laser Clinic from her home in 2013.  She opened with electrolysis and added laser treatments in 2017.  “I decided to become an electrolysis because I have seen first hand how it can work.  When I was in college, I had electrolysis treatments and to this day hair has not returned.  It changed my life and I want to help change the lives of so many others.”

Joan has been married over 30 years, has two daughters, a son-in-law, two grandsons and a beloved black lab named, Spade.  She is very active in her community and church.  Her hobbies include working out, baking, playing fetch with Spade, and visiting/spoiling her grandsons.

Sue joined the Electrology Laser Clinic in 2016 after retiring from 41 years in critical care nursing.  With a B.S.N. from Duke University and M.S.N. in cardiovascular nursing from the University of Alabama, Birmingham, Sue brings a wealth of experience and expertise to our practice.  “I first started with Joan as a client.  Electrolysis changed my life and after 41 years of nursing, I wanted to continue to make a difference in peoples lives like Joan did for me.”

Sue has been married over 40 years with two children.  Her hobbies include baking, reading, traveling, exercising and volunteering for her community and church.

Holly Edmondson started with the Electrology Laser Clinic in 2017.  She graduated from Auburn University with a BS in Apparel Merchandising in 2015.  “I started with the Electrology Laser Clinic because I can see how electrolysis and laser can work.  My favorite thing about this business is watching clients come in and leave satisfied.  Electrolysis and laser can truly changes lives.”

Holly complete her training from the Electrology Institute of New England.